Rabbi Gold has served pulpits in Richmond, Virginia and Tyler, Texas before returning to New Jersey to become rabbi at Temple Beth Am in 1998, succeeding Rabbi Stanley Yedwab who had served the congregation with distinction for 39 years. While in Tyler, he was president of a community interfaith charitable organization called PATH (People Attempting to Help), chaired an interfaith educational program called “How We Celebrate” and was active in other interfaith and community programs.

Rabbi Gold has gradually transformed the worship style and was instrumental in bringing the first Cantor to the congregation. With our Cantor and Ritual Committee, he continues to introduce new elements into our practices with respect to Jewish tradition. Rabbi Gold emphasizes applying Jewish values through social action; he has involved the congregation in MAZON: The Jewish Response to Hunger and the Interfaith Hospitality Network (which serves the homeless) in addition to other programs. He has coordinated several Interfaith Choir Concerts, is active in planning Yom Hashoah Commemorations and other interfaith and community-wide programs. Most recently, Rabbi Gold was very active in working for marriage equality in New Jersey.

With several other leaders, Rabbi Gold led Temple Beth Am into a merger with Temple Beth Shalom to form Beth Am Shalom in 2007, becoming the new congregation’s sole rabbi in 2008. Beth Am Shalom moved into their new home in October 2010, dedicating the Temple with special program later that month.

This year, Rabbi Gold was named Director of Religious School. Before now, however, he was always active in teaching our youth and adults. Each month, the children look forward to a story-sermon that he prepares especially for them as the adults listen and look on and enjoy the discussion between children and rabbi.

Rabbi Gold is married to Cindy, and they are blessed with two sons, Adam and Daniel. 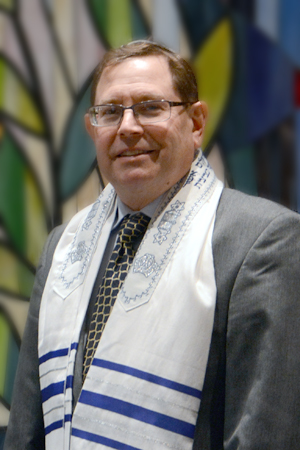