A brief history of Beth Am Shalom

Beth Am Shalom is the result of a merger between Temple Beth Am of Lakewood and Temple Beth Shalom of Toms River.

Temple Beth Am was started by 35 families in 1949 as a Reform Congregation with a traditional touch. They met at Haley’s Florist, on the lake in Lakewood, in one room where services, religious school and all activities were held. Services eventually moved to the old Palace Theatre and the religious school to the YMCA in Lakewood. With a total of $4,500 in their building fund, Temple construction was started.

Temple Beth Shalom was originally not a religious organization, but a group of local Jewish farmers who founded The Toms River Community of Jewish Farmers during the 1920’s. All minutes were taken in Yiddish. In 1964 the name was changed to Toms River Jewish Community Center, a Conservative synagogue with Orthodox leanings. In 1981, Temple Beth Shalom was founded as a Reform Temple, complete with a thriving religious school. 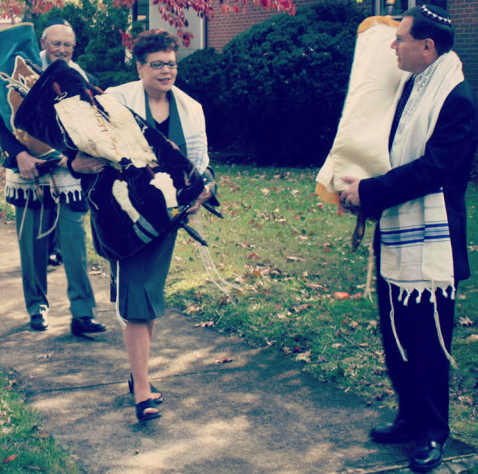 Please stop and view the Holocaust Torah scroll located in the lobby. It was rescued from a synagogue south of Prague, Czechoslovakia after World War II and loaned to Temple Beth Am for safekeeping.